Had a great few days, both gardening and with three of my four (soon to be five!) grandkids at Slimbridge Wildfowl & Wetlands Trust yesterday. Sky-Marie got stung by two bees in my back garden but I’ll soon get her to like them again!

Sunday dinner was probably the first meal where all the vegetables were of my own growing: Potatoes, Courgette, Broad Beans, Runner Beans, Carrots, Cauliflower – more than enough so I made a Bubble & Squeak on Monday

I had an hour or so on the plot and filled in a few gaps in the raised beds. As usual, only enough for my needs so just 6 Calabrese and 6 Beans (No idea what the beans are – Bryony, my daughter bought them for me as a Father’s Day pressie).

I sprayed the un-netted brassicas to get rid of the caterpillars again. Despite rubbing off the eggs of the Large White butterfly as often as I can it seems that the caterpillars in Cam are starving. I pulled up the cabbages in my raised bed at home as I can see no point in eating holes!

I have plucked all the small marrows from the “RUSSIAN GIANT YELLOW” marrow to allow just one big marrow to grow (pic below). It is about 20” long now and 6” wide – thank you to Layla for the foot size comparison. My other “Normal Giant Marrow” isn’t doing so well so I have allowed the marrows to grow as they want – 3 on the vine so far.

Last but not least I strimmed the grass paths around my plot. I really must true them up over the winter as they look like the previous plot holder(s) carved them out without looking.
Oh, and I nearly forgot – I put the repaired punctured wheel back on the wheelbarrow. 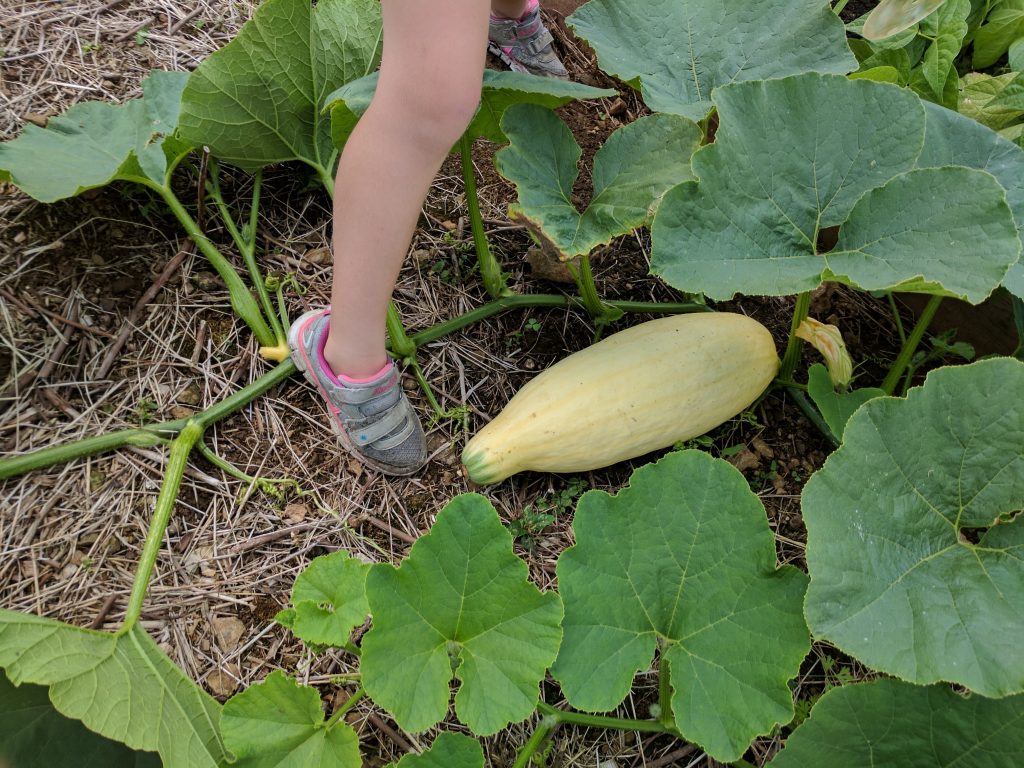 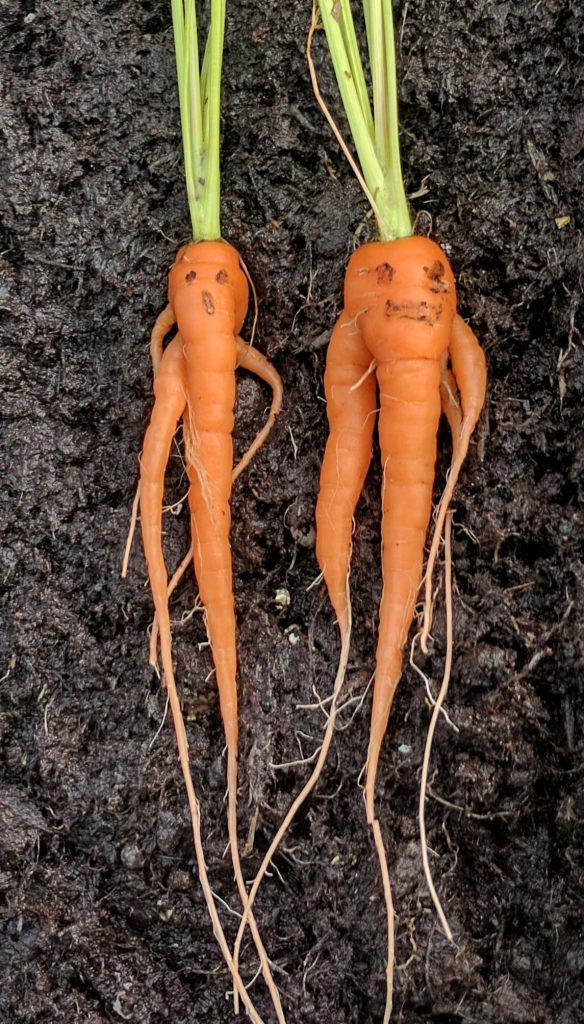 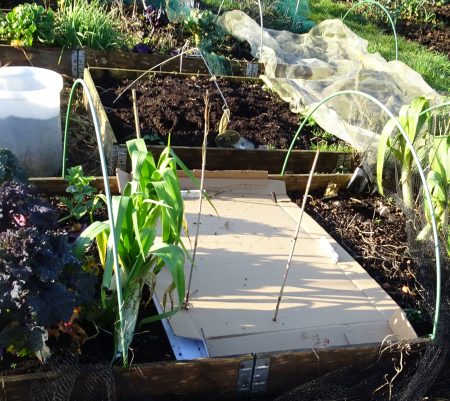